No one in Weybridge could tell us where the headquarters

Byfleet was in a tumult; people packing, and a score of hussars, some of them dismounted, some on horseback, were hunting them about. Three or four black government waggons, with crosses in white circles, and an old omnibus, among other vehicles, were being loaded in the village street. There were scores of people, most of … 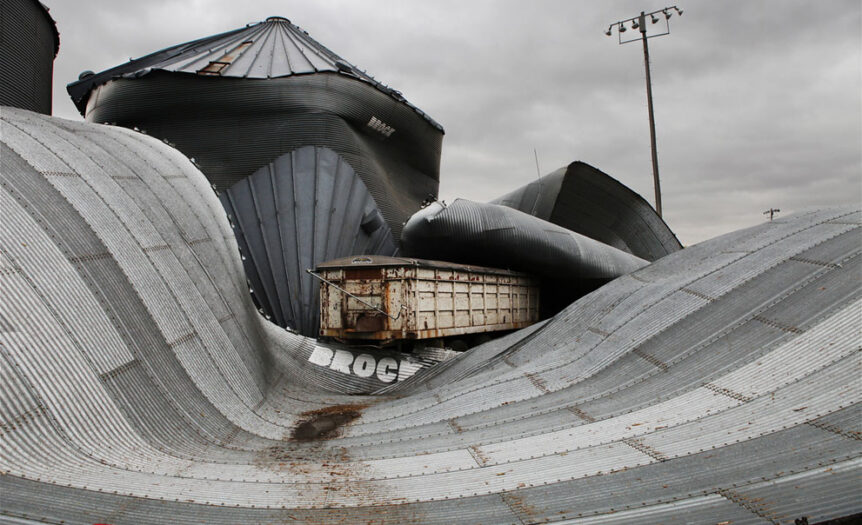 Byfleet was in a tumult; people packing, and a score of hussars, some of them dismounted, some on horseback, were hunting them about. Three or four black government waggons, with crosses in white circles, and an old omnibus, among other vehicles, were being loaded in the village street. There were scores of people, most of them sufficiently sabbatical to have assumed their best clothes. The soldiers were having the greatest difficulty in making them realise the gravity of their position. We saw one shrivelled old fellow with a huge box and a score or more of flower pots containing orchids, angrily expostulating with the corporal who would leave them behind. I stopped and gripped his arm.

“Do you know what’s over there?” I said, pointing at the pine tops that hid the Martians.

“Eh?” said he, turning. “I was explainin’ these is vallyble.”

“Death!” I shouted. “Death is coming! Death!” and leaving him to digest that if he could, I hurried on after the artillery-man. At the corner I looked back. The soldier had left him, and he was still standing by his box, with the pots of orchids on the lid of it, and staring vaguely over the trees.

No one in Weybridge could tell us where the headquarters were established; the whole place was in such confusion as I had never seen in any town before. Carts, carriages everywhere, the most astonishing miscellany of conveyances and horseflesh. The respectable inhabitants of the place, men in golf and boating costumes, wives prettily dressed, were packing, river-side loafers energetically helping, children excited, and, for the most part, highly delighted at this astonishing variation of their Sunday experiences. In the midst of it all the worthy vicar was very pluckily holding an early celebration, and his bell was jangling out above the excitement. I and the artilleryman, seated on the step of the drinking fountain, made a very passable meal upon what we had brought with us. Patrols of soldiers–here no longer hussars, but grenadiers in white–were warning people to move now or to take refuge in their cellars as soon as the firing began. We saw as we crossed the railway bridge that a growing crowd of people had assembled in and about the railway station, and the swarming platform was piled with boxes and packages. The ordinary traffic had been stopped, I believe, in order to allow of the passage of troops and guns to Chertsey, and I have heard since that a savage struggle occurred for places in the special trains that were put on at a later hour.

We remained at Weybridge until midday, and at that hour we found ourselves at the place near Shepperton Lock where the Wey and Thames join. Part of the time we spent helping two old women to pack a little cart. The Wey has a treble mouth, and at this point boats are to be hired, and there was a ferry across the river. On the Shepperton side was an inn with a lawn, and beyond that the tower of Shepperton Church–it has been replaced by a spire–rose above the trees.

Here we found an excited and noisy crowd of fugitives. As yet the flight had not grown to a panic, but there were already far more people than all the boats going to and fro could enable to cross. People came panting along under heavy burdens; one husband and wife were even carrying a small outhouse door between them, with some of their household goods piled thereon. One man told us he meant to try to get away from Shepperton station.

There was a lot of shouting, and one man was even jesting. The idea people seemed to have here was that the Martians were simply formidable human beings, who might attack and sack the town, to be certainly destroyed in the end. Every now and then people would glance nervously across the Wey, at the meadows towards Chertsey, but everything over there was still.

Across the Thames, except just where the boats landed, everything was quiet, in vivid contrast with the Surrey side. The people who landed there from the boats went tramping off down the lane. The big ferryboat had just made a journey. Three or four soldiers stood on the lawn of the inn, staring and jesting at the fugitives, without offering to help. The inn was closed, as it was now within prohibited hours. 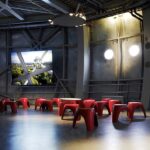 Previous Story
Everything is so out-of-the-way down here
→ 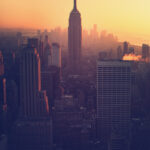 Next Story
For a minute or two she stood looking at the house,